I have had occasion to taste Indian cuisine before I went to India thanks to my Indian friends who live here. They used to say that European cuisine is tasteless so they started to cook, even though they have never done it before. I have also eaten in many Indian restaurants, but these dishes  cannot be compared to original Indian cuisine, which I have tried in India.

It is obvious that India is a huge country with different ethnicity and culture, therefore cuisine varies in different regions. In this post I’m going to describe cuisine in northern part of the country.

First four days of our stay in India we spent at our friend’s family house, in a small village called Padla, which is situated around 150 km far from New Dehli. Yash’s family is very traditional, in many ways, which also means that they don’t eat meat or any ingredients which are associated with killing an animal (including eggs). Proteins in their diet come from leguminous plants (bean, chickpea, lentil) or from dairy products. Vegetables combined with cereal products (all kind of breads), dairy products (cheese, milk fat) and rice, together with aromatic spices make very tasty and healthy cuisine.

If you are in India, forget about cutlery. You can help yourself with tasty bread – naan, roti or paratha. These breads are mostly made of different kind of flour, baked or fried. Can be served with butter and seasoned with garlic. People tear of a piece of bread, use it to rake food on the plate, make a small wrap and put into their mouth. It is not so easy for those who were taught to eat with fork and knife, but with a little practice it can be done. I especially like naan, which is thick and nourishing, and it’s available here in Denmark too. For people with smaller appetite naan can be eaten as a dish as itself, heated in oven with melted butter.

Paratha is a kind of pan cake with a filling between two layers of cake. In Yash’s home we ate paratha filled with cauliflower, potatoes, and onion, but I suspect that ingredients depend on cook’s imagination. All dishes in our host’s house were fresh, mild, simple and tasty. For those who prefer something spicy, pickles were served. Pickles in India are made from citrus, marinated in very spicy liquid. You should take just a little piece of pickle on your plate, cut it into very small pieces and partially eat as a side dish during meal.

During the wedding ceremonies a bit more sophisticated dishes are served; for sure those dishes were more spicy. My favorite dish became palak paneer which is made of stewed spinach, mashed tomatoes and paneer – kind of curd cheese. My friend once prepared it in Denmark and from that time it is the best Indian dish I have ever eaten. In general, each dish which contains paneer is delicious 🙂 In India you can even find a burger with paneer in McDonalds, which I’ve never tried because It thought that it would be a culinary crime to visit McDonald in India. All McDonald’s restaurants serve the same kind of food all over the world, but I was wrong.

As a side dish you can also try a raw vegetable salad, made of sliced cucumber, tomato, onion and radish. It won’t be anything special if these vegetable aren’t so delicious and totally different in taste than those we could buy in supermarkets. People normally drink cold water, but after meals Indian tea is served. In Europe you can buy Indian tea in some cafetieres, and it is commonly known as chai latte. This kind of tea is very sweet and seasoned with ginger, glove, cardamom and cinnamon. It is also very sweet and contains fat milk. Once I drunk Indian tea  on foggy and fresh morning, ate rasgulla and kind of fried cake, and it was the best breakfast I have eaten while staying in India. Sometimes, in very cold and dark evenings, I prepare sweet and milky Indian tea.

Desserts and sweets is my favorite subject, because I love sweets and I can’t deny it. Lot of sweets is made from sugar and milk. Some sweets are served in cubes and remind toffee; others are ball shaped and flavored with coconut or saffron. Instead of caramels they produce a kind of white sugar bonbons which bring associations with Easter sugar lamb – very popular in Poland. You can also try rice or rice flour snacks. My favorite Indian dessert became kulfi – a kind of ice cream. There was one man in Padla, who produced kulfi. Once he came to Yash’s house and brought small wooden box with kulfi serving set inside of it. Few layers of fabric and newspaper was enough to prevent melting. It is difficult to describe kulfi’s consistency. This dessert is very thick and creamy, usually flavored with cardamom, pistachio or rose aroma. The other dessert we tried was rasgulla – a semolina and cheese balls with sugar syrup.

It is quite common for Indian people to eat in restaurants or snack-bars. You can get something warm and spicy on a market place or somewhere close to touristic attractions. Meals served in hotels are very similar to Indian cuisine served in Europe. It is worth to remember that our digestive system can be very sensitive on foreign bacterial flora. If you don’t have any medicines to prevent you stomach against indigestion, you may loose your appetite very quickly. In the end of our journey we have also missed European food… just a little bit. On the way home we dreamed about minced meat cutlets served with mashed potatoes and dill 🙂

I strongly recommend Indian cuisine to all people who are willing to experiment with exotic tastes. If you like cooking, I assure that you can make something really good and healthy with just few simple ingredients and some specific spices. If you visit your kitchen only to make tea, I recommend to visit nearest Indian restaurant – it is worth. Bon appetite.

I would like to dedicate this post to our Indian friends who cooked for us Indian food in Denmark; special thanks to women from Yash’s home, who were very friendly and warm: to his mother, aunts, to Rada – Yash’s sister and his two sisters-in-law. I am grateful that they allowed us to be a part of their life. Thank you 🙂 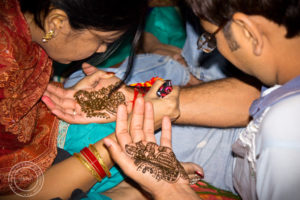 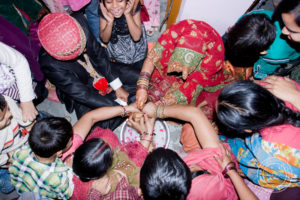 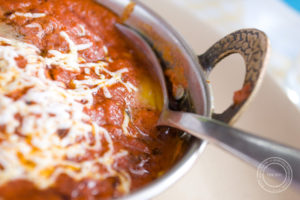 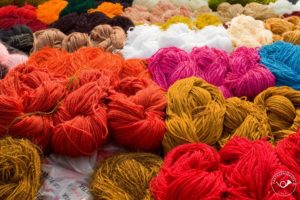