In almost all cultures marriage is a symbolic connection of two souls. No matter if it is a secular marriage ceremony in a city hall, or a traditional wedding in a Christian church, or a long and meaningful Vedic ceremony – the purpose is always the same. A young couple vows with a company of their family and friends, that from now on they would be always together.

A symbolic meaning of marriage in northern part of India is very expressive. Traditions associated with this beautiful and profoundly moving event are still very strong, even in regions being under the strong influence of western civilization. Wedding caravans go along streets of cities, towns and small villages. Wedding guests dance and laugh, making the event very festive. But lets start from the beginning (those, who haven’t visited my last post are encouraged to read it to learn about pre-wedding ceremonies).

It was early morning of the wedding day and we were woken up by the ceremonial drums. Women from groom’s family started the cleaning ceremony for the last time. Then the groom was dressing up with the company of camera man, photographers and his entire family, who arrived to Padla to assist in his wedding. This was the last preparation before he had left his family home and met his would-be wife. The atmosphere was a little bit nervous because the orchestra hadn’t came on time. Finally the old black motorcycle appeared – three drummers and one trumpeter arrived.

Before the groom left his home, he had had to visit all chapels and temples in the village. He did the ceremonial ride on a horse along the villages streets. On the front of the retinue there was an orchestra, then the groom, his mother and women from the family. One of the drummers seemed to play harder, every time he had seen me. On the way small children from neighborhood joined and all villagers went out from their houses to see what was going on.

Many years ago a groom used to travel this way to the bride’s house. Nowadays people get marriage with partners from distant places, therefore they usually travel by car. So the groom did. He got in the car and went to the wedding place – a specially decorated wedding hall in a hotel. He was welcomed by men from the groom’s family – they were hosts this evening. Guests could try delicious food from the outdoor buffet or dance in the wedding hall, but nobody danced. Nobody, except children, teenage girls and… us. It was really hard to refuse dancing when a young excited girl asked and all eyes were directed on us. Heavy, embroidered saree constricted my moves, so I felt clumsy and awkward. The petite coat was tied so strongly, that I lost my appetite, although tables were full of exotic and delicious specialties, which I would never have an occasion to try in Europe. I wasn’t use to wear saree, but I could’t resist to dress like Indian woman. I had to, if I wanted to be one of them.

In addition, even if we were only guests, attention was constantly focused on us. We were waiting for the bride to come impatiently. Until midnight we were invited for another wedding of a groom’s cousin. We also met women from bride’s family and were blessed by her grandmother as a welcoming gesture. In the meantime we also went rest in special rooms – women and men separately. Women had occasion to get dressed in more festive saree, refresh or get their children to sleep. Finally midnight came.

The groom drew away in order to get into the chariot and make a symbolic arrival into the wedding place. In the front of the groom’s followers there was an orchestra, but musicians were replaced by a huge car with large speakers.  Just behind the car there were men with lamps upon their heads to light the road. They surrounded wedding guests who were walk inside the cortege. The groom was at the end in the chariot with two white horses. He was dressed in the traditional, cream kurta and red wedding turban. In this outfit he looked almost like a prince.

The bride was already waiting. They stepped up on the large, decorated platform to exchange garlands – they did it as a part of symbolic ceremony to show that they are a husband and wife. The bride was dressed in red, embroidered saree, made of very heavy and decorated fabric. It is worth to mention that red color symbolize pureness and innocence.  Her hair were styled in a bun on the top of her head, which was covered by a pallu – end part of saree. She also had an earning connecting her nose and ear. She worn jewelry – all made of gold. It took four days to make a bridal henna on her hands and feet.

After fresh married couple had exchanged garlands there was a time to be photographed with entire family. They sat down on a red sofa and posed. Afterwards they continued marriage ceremonies which lasted until early morning. One of the most important ceremonies was making steps around the holy fire of Agni deity. They also sacrifice gifts to Vedic gods trough putting them into the holy fire. Agni mediates between human and goods by taking gifts and carrying them to these goods. Man also made a red mark on his wife’s forehead in order to symbolize that he took her under his protection.

Suddenly into the wedding hall came hijras. Hijras are physiological males who have feminine gender identity, women’s clothing and other feminine gender roles. Initially we thought that they were just weird and ugly women, who came to beg for money. But we realized that they are not women as one of them greeted us with hoarse voice of a male.  They started to dance. It should be mentioned that hirjas have special role in Indian society – they live in well-defined communities and their occupation may be paupers or sex-workers. Sometimes they visit weddings to dance and collect money. Hijras’ dance supposed to be a good omen, but all people in the wedding hall looked at them suspiciously. I feel sorry for them and I really liked the dance they made, I would also say that I have admired them a little bit – it is not easy to be treated like a freak.

The ceremony in wedding hall finished in the early morning. The couple returned home – groom’s home, which from that time became the bride’s home too. According to tradition they visited all chapels and temples in the village. That was also an occasion to present the wife to villagers. Wedding ceremonies finished in the evening with games and plays – the couple had to crush pots laying in front of their sleeping room or search for valuables in the dish filled with colored water. 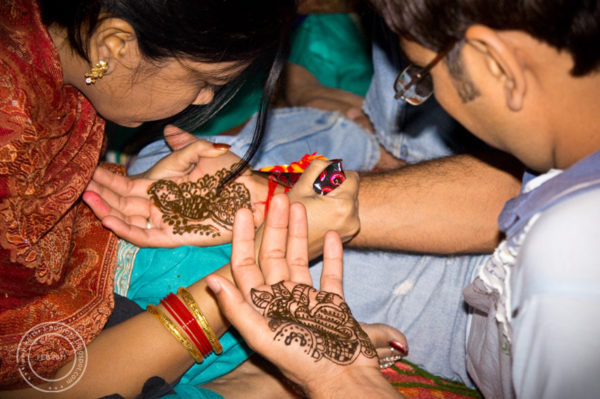 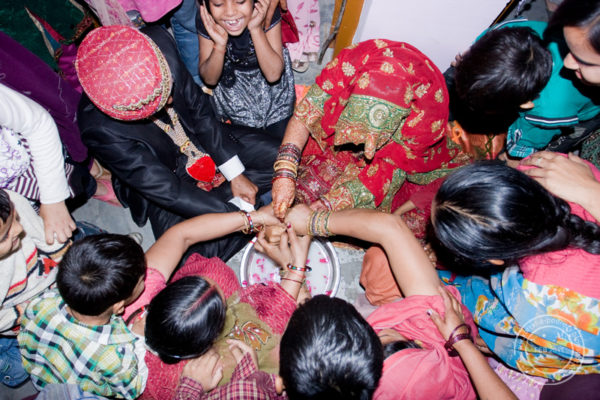 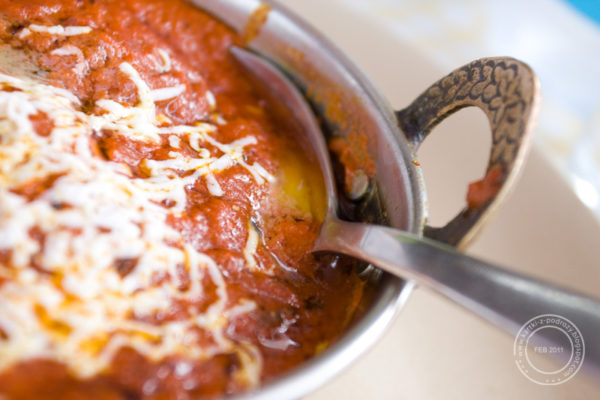 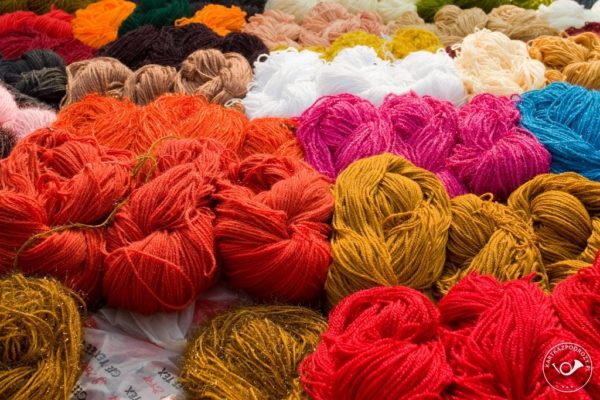