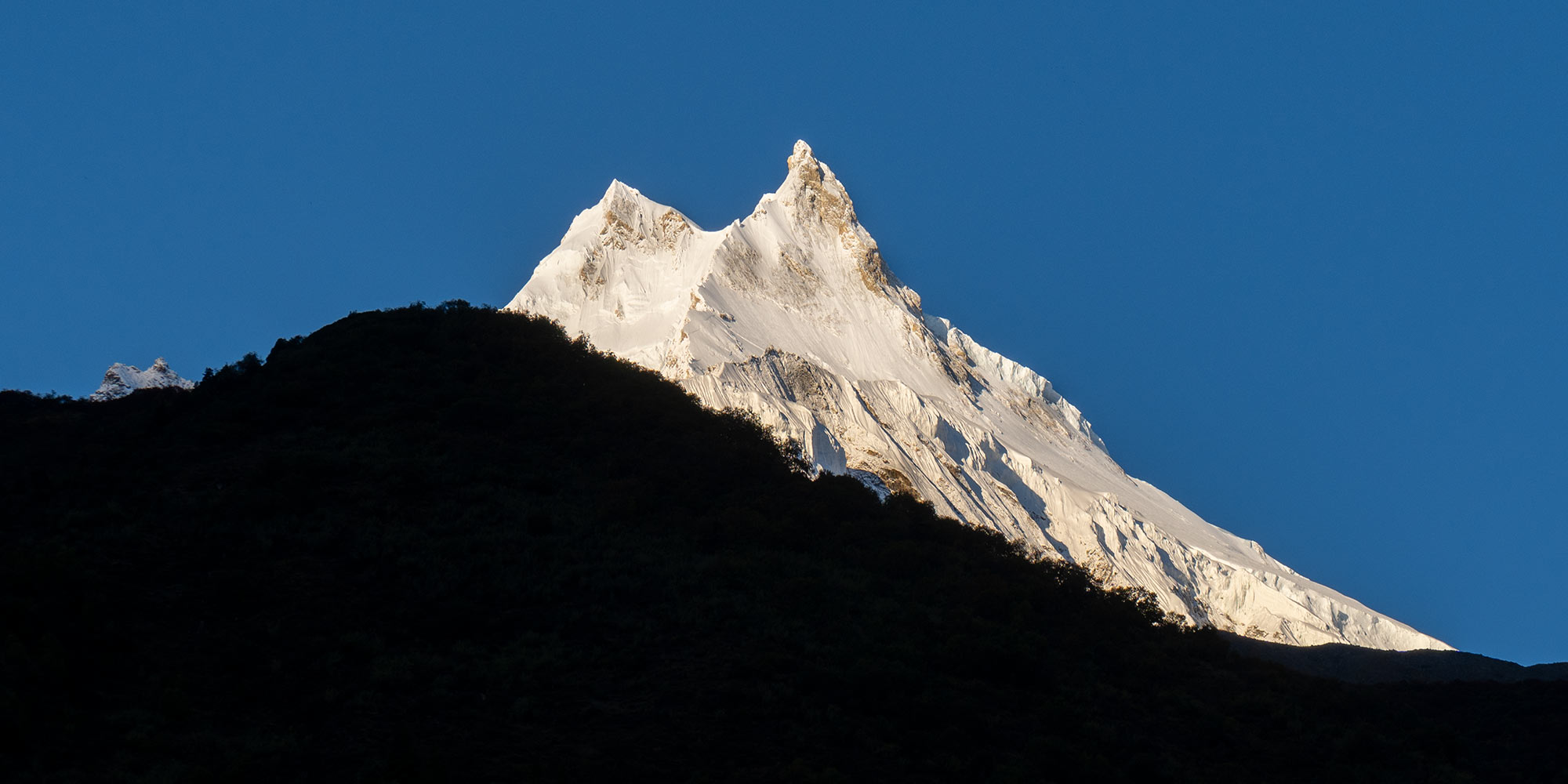 — Manaslu, mountain of the spirit
— Why Manaslu?
— Manaslu ascend
— Facts

Manaslu, mountain of the spirit

Manslu is the eighth highest eight-thousander in the world. It is located in the northern part of Nepal, at the border with China. The mountain consists of two peaks separated by a vast mountain pass. The main peak reaches a height of 8,156 m a.s.l. The name Manaslu, which means „mountain of the spirit”, originates from the Sanskrit word manasa, which means „intellect” or „soul”.

The expansiveness of the Manaslu massif causes that the paths to the summit are among the longest climbing routes in the Himalayas, which forces climbers to stay at high altitude for a long time. In addition, the extensive plateau above the fourth camp (7400 m) forces mountaineers to intensify their effort, and also prevents from a quick retreat. Even more, climbing to the top without supplemental oxygen becomes more demanding.

In May 1956, after several unsuccessful attempts in previous years, Japanese climber Toshio Imanishi and Sherpa Gyaltsen Norbu stand at the top. The peak was reached using supplemental oxygen. Mount Manaslu had to wait eighteen years for the first winter ascent, when in January 1984 two Poles: Maciej Berbeka and Ryszard Gajewski stood on the summit. At that time it was only for the second time that a human climbs an eight-thousander in winter, and for the first time without supplemental oxygen.

The Manaslu ascend is the culmination of a long-term project 8 solo (8s), aimed at reaching freely chosen eight peaks, above 1k, 2k, 3k meters and so up to 8k. 8s is characterized by solo climbing, without support, without sponsors and with only one tent. Climbs of the lower peaks such as Pico del Teide or Mont Blanc prepare for more complex high-altitude projects such as Noshaq or Manaslu. 8s allows balanced development of climbing skills and own personality to finally overcome the barrier of eight thousand meters alone.

8s is a mountain path that allows to know weaknesses, strengthen character and develop passion to mountaineering. Each mountain project experiences in a different way. Time spent alone between soaring crags allows to find internal harmony, and solo climbing allows to reach the limit of own abilities. 8s is a path that anyone can follow, an alternative to long-worn projects such as Seven Summits. It is not only solo climbing and unrestricted exploration of the mountains, it is also freedom of choice and a mind free of patterns.

Note 1: The entire Manaslu Circuit trekking, not including the walk to the Manaslu base camp, took 8 days. Usually trekking starts from Soti Khola, but in case of Manaslu expeditions it is better to start from Dharapani, because one can acclimatize better by going through Larke Pass (5160 m).

Note 2: The acclimatization, assuming three rotations needed for climbing without supplemental oxygen, took 13 days. After the acclimatization period, one can try to face the Manaslu mountain.

Note 3: It took 4 days to reach the summit from Base Camp, and the solo summit ascend without the use of supplemental oxygen 8 hours. 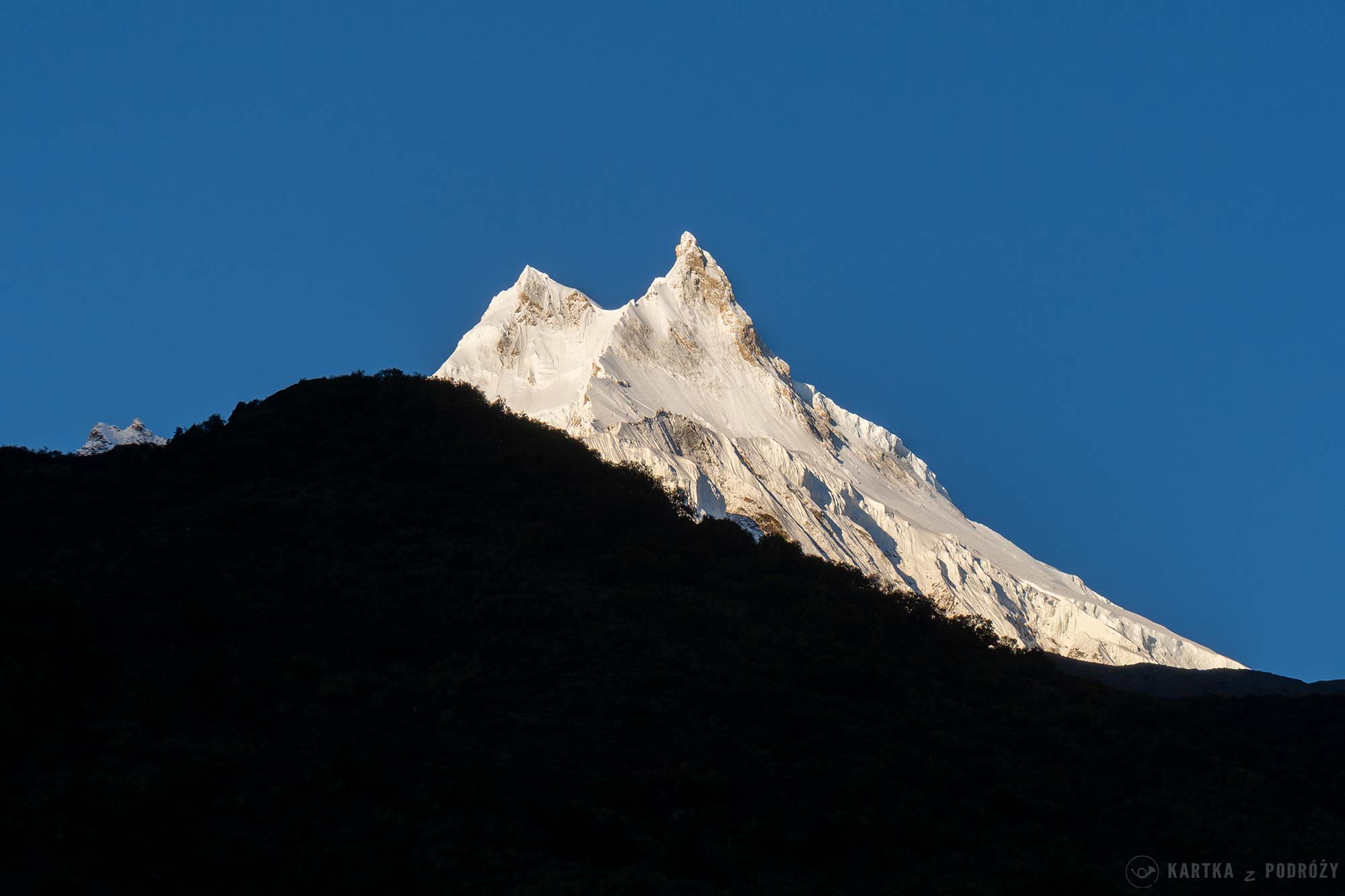